I made a pretty big (for me) order with Deciem last month – these 5 ‘The Ordinary’ products only cost £26.00 in total, though! I’m a sucker for their packaging – so minimal and apothecary/”sciency”. Mmmm.They are incredibly popular right now, so it took almost a month to get to me. Which kind of sucks, but they sent such a heartfelt apology out to everyone who was waiting that I couldn’t get annoyed!

I’ve been testing everything out for the last week, so I feel I can’t make the best judgement on them yet, but so far…and I’m cringing saying this because everyone LOVES The Ordinary so much right now; I’m not really that impressed! Ultimately, they are incredibly inexpensive products, that work okay for the price, but they didn’t knock my socks off as much as they have some people on the internet. 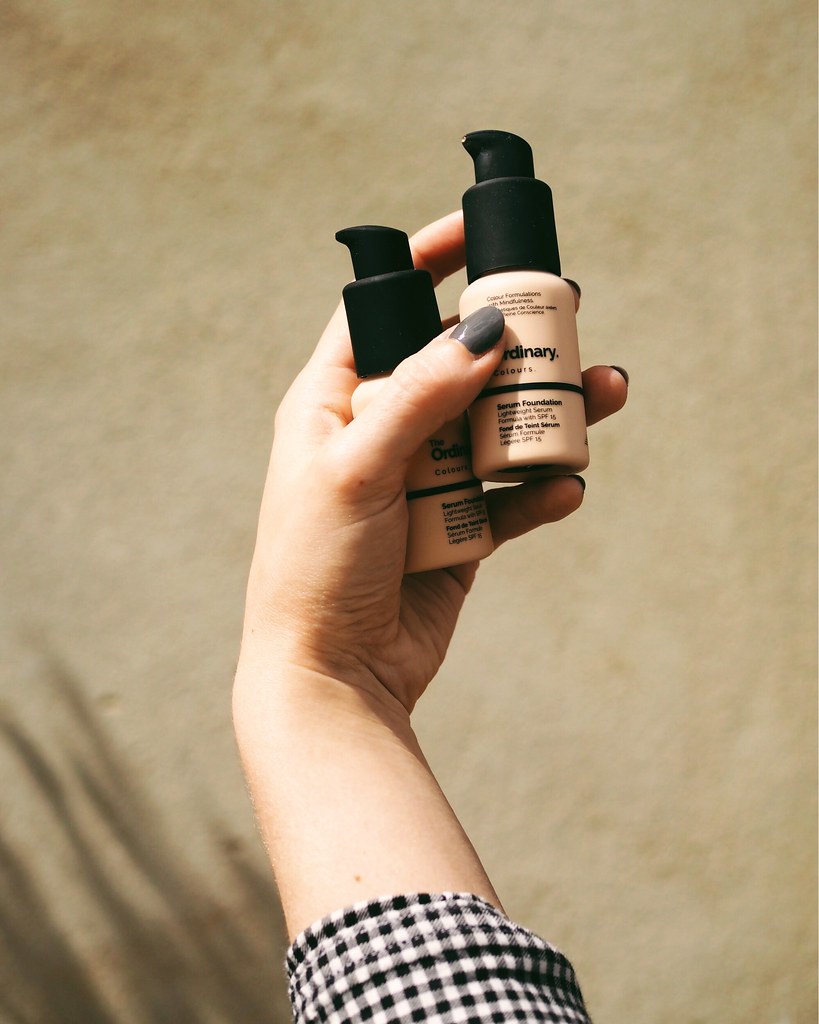 There are rave reviews about the new foundations, saying that they feel equivalent to ‘high end’ products. I’ve never tried a high end foundation, but I would honestly hope that if/ when I do, it would be better than this? The Bourgeois Healthy Mix foundation (and the serum version, too) that I used to use, is my baseline when trying new foundations/base products, because its the best I’ve used for my dry skin type so far. I assumed that having “serum” in the title of this one would mean it would be suited to my dry skin, but I found that it is actually quite matte, higher coverage than I thought it was going to be (this isn’t necessarily a bad thing, but I wanted a lighter coverage for summer), and it clung on to every dry patch I have. I will probably carry on using it because I don’t like wasting things, but I won’t be repurchasing it. Perhaps mixing in a drop of oil will give a more hydrating finish? 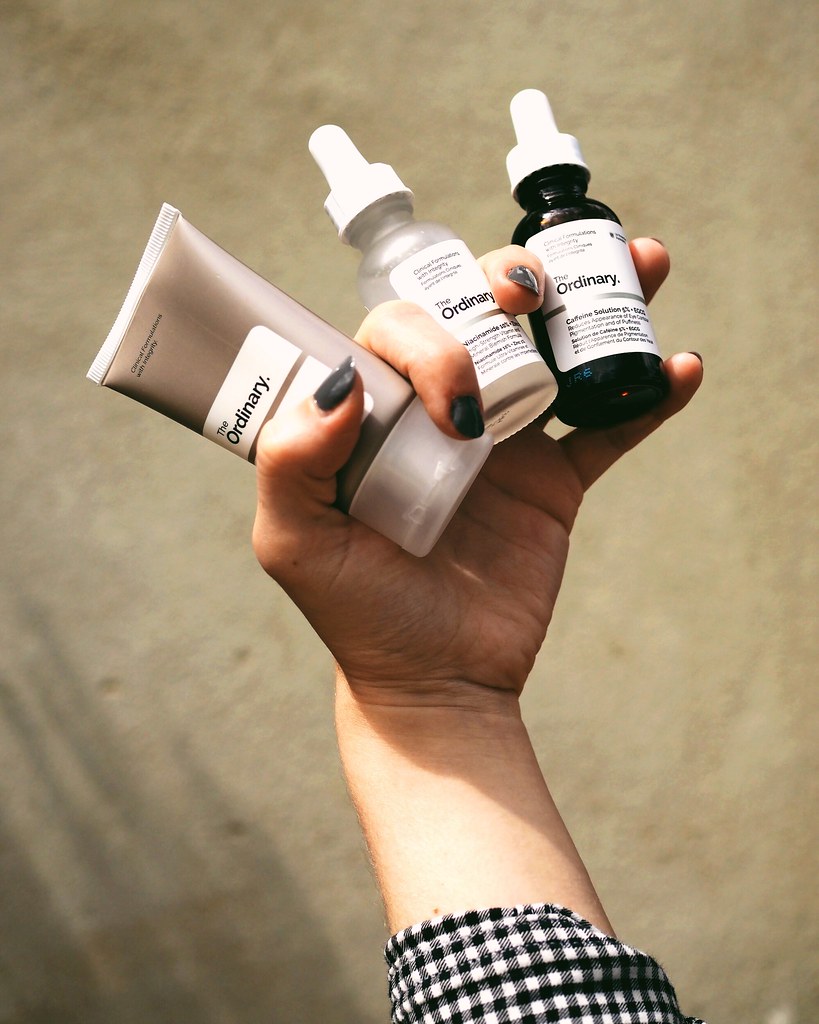 Even though my skin is dry, I do get the occasional breakout/congestion about a week before my period. I’ve been using the Niacinimade & Zinc before bed, and I think I’m beginning to see a slight difference, but it is quite drying. I’m going to carry on using this only on the bad patches and not my entire face, and maybe update this post once I have a better idea.

I don’t know if its just because I’m slowly heading towards 30 now, but I have noticed that my forever present purple under-eyes are getting a lot worse recently. I thought I’d give the Caffeine solution a go – but I haven’t noticed anything in terms of pigmentation or my occasional slight puffiness in the morning. Honestly though – I don’t think anything will help. I’ve been dark under my eyes my entire life. If anyone has any sort of miracle eye skincare, PLEEEAAASE let me know!

Lastly from The Ordinary; I’ve never tried a primer before, so I have no idea how this is performing, really. It doesn’t blur anything, and doesn’t seem to make my makeup last any longer than usual. I’m using it around my nose, as thats where my pores are largest, and I’ve noticed its actually breaking me out. *shrug* 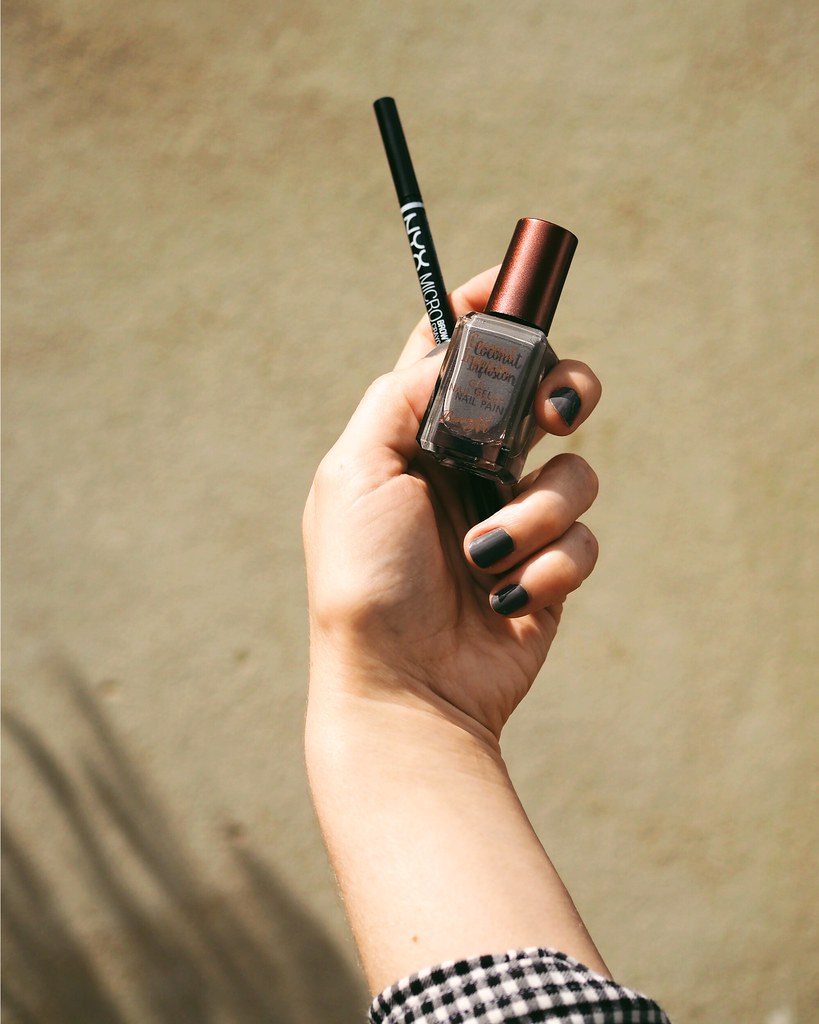 The NYX eyebrow pencil Veeerrryy similar to the Anastasia Beverly Hills brow wiz. I will probably carry on buying it as it is a lot less expensive, and easy to get hold of in Boots. I do prefer the ABH Auburn colour, though. This one is slightly lighter. Fellow copper haired people, real or wannabe real (like me!); what do you use on your eyebrows? Do you just go for a warm toned brown? or Blonde? Or do you try to find the perfect copper colour for you?

Barry M. Yes. Love it. It’s super cheap and cruelty free. Beautiful colour, I’ve never had a grey nail polish before, lasts as long as normal nail polish does (that is 3 or 4 days on me before looking scruffy) – great!

If anyone has any recommendations or suggestions for skincare and makeup – please throw them my way! I always love trying new things. Right now I’m especially low on cleanser and face masks – anyone tried anything great recently??

One thought on “Some Recent Makeup & Skincare Pickings”